The 6 Styles You Need to Know About - Achieve Performance

The 6 Styles You Need to Know About

The 6 Key Secrets To Increasing Empowerment In Your Team

The 6 Key Secrets To Increasing Empowerment In Your Team 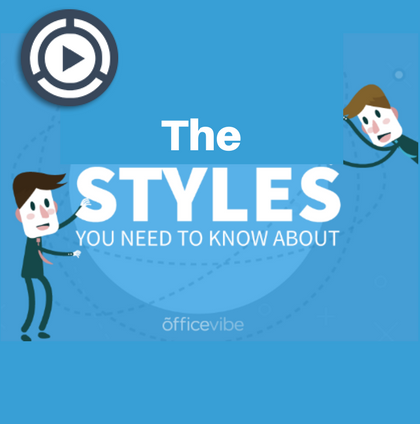 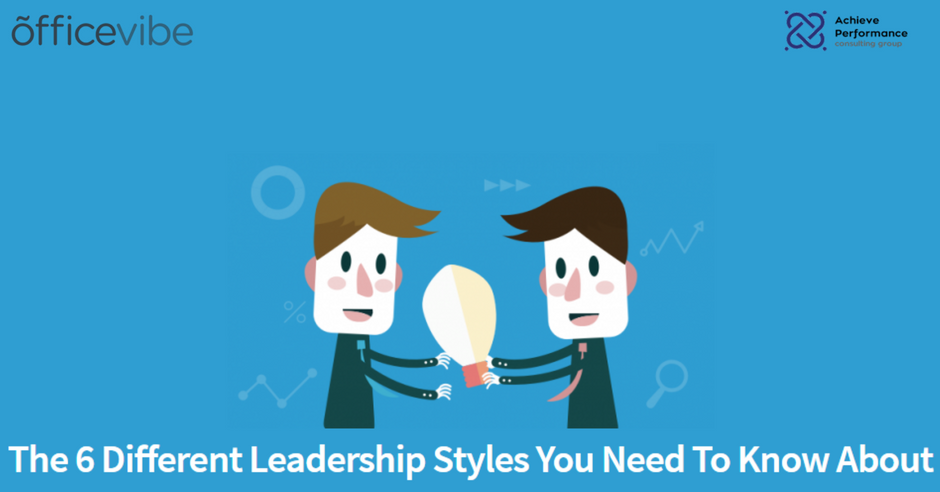 The 6 Different Leadership Styles You Need to Know About

The visionary leader moves people towards a shared vision.It’s not about how to get there, this is about getting the team to understand where we want to go. According to the authors, this style is best for when a new direction is needed.What’s great about this style is that it’s all about autonomy and allowing people to innovate and experiment to get towards a goal.Failure is accepted, and employees can feel comfortable trying new things that will help move that mission forward. They say that this style has the highest impact on company culture.So many organizations don’t have a mission, or at least a clearly articulated one, which leads to employees feeling unmotivated. It’s so important to have a mission, or a “why” behind what you’re doing.As an example, our vision at Officevibe is to create greater workplaces. Incredibly simple and powerful, it’s a vision that’s hard not to get excited about.

This leadership style, like its name suggests, is all about coaching employees to get better at what they do.Things like one-on-ones with employees are common with coaching. The only issue with this leadership style is that depending on how the coaching is done, it could be perceived as micromanaging, which can backfire for you. As a leader, I’d recommend spending the time addressing those concerns, so that no employee thinks that you’re micromanaging. Remind employees that ultimately it’s their call how they do things, you’re just there to help and offer advice when/if needed. According to the authors, this style has a very high impact on company culture. One of the biggest mistakes that leaders make with this style is focusing on improving the weaknesses of their employees. As a leader, if you want to get the best results from your team you need to focus on their strengths.

This leadership style acts as an affiliate – making connections throughout the organization.It’s all about creating a more harmonious workplace where everyone knows and works well with each other. Often, employees will have disagreements among themselves and maybe won’t like some of their coworkers, but this leadership style aims to fix all of that. If trust is ever broken in an organization, then this leadership style is perfect for trying to fix it. The authors say that this style has a positive impact on culture.

A democratic leadership style is all about creating a group commitment towards a result. This leadership style is best to use when you, as a leader, aren’t 100% sure of which direction to take and you want to use the wisdom of the crowd to help you make a decision. For major decision or time-sensitive decisions, this might not be the best approach to take. In those situations, leaders are expected to make the decisions for the team and be confident with their choice. The authors say that this style has a positive impact on culture.

Now we’re starting to get into what the authors refer to as “dissonant” leadership styles (negative). A pacesetting leader sets the pace for their team. They set goals and expect the team to reach those goals no matter what. They demand a lot from their teams and have no problem calling out poor performers. They tend to offer very little to no guidance and expects the team to know it all already. The authors, not surprisingly, say that this style has a negative impact on culture. This leadership style is best associated with overworking employees and leading to burnout. They’ll get results in the short term, but long term, this style does a lot of damage to morale.

The commanding leader leads with fear. Leaders come across as cold and emotionless. Most of the time, this style has very negative effects on company culture. Unfortunately, the authors note that this is still the most often used leadership style, even though it’s by far the least effective. There isn’t much praise with this style, but instead a lot of criticism. Goleman says that the only time this style might be effective is in a crisis, when an urgent turnaround is needed, but for the most part, this style doesn’t work.

Stop Being A Commanding Leader!

I would avoid this style altogether. The authors say it’s still the most used style, so watch out for this. If you’re using it, do everything you can to stop it. No one likes to be commanded. Leading by fear doesn’t work anymore.