3 Ways Drive For Results And Still Be Likable - Achieve Performance

Listening And Speaking: The Leader’s Paradox 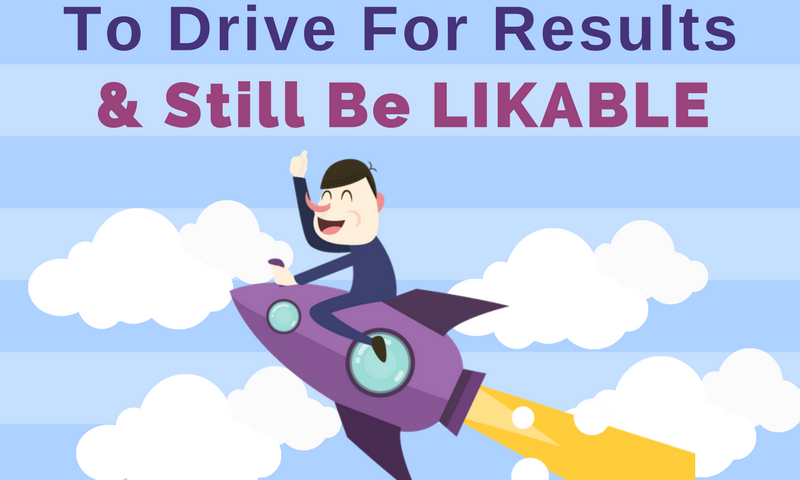 3 Ways To Drive For Results
And Still Be Likable


1. Employees like leaders who are able to communicate clear strategy and direction.

3. Employees deliver results to leaders who inspire them.

Micromanaging people doesn’t stimulate them to go the extra mile. Leaders who inspire employees can unleash an energy within people to do their best work. It isn’t about pushing people, it’s about pulling them.

In a tale told by Albert Szent-Gyorgyi, during the First World War there was a small group of Hungarian soldiers stationed in the Alps. A younger lieutenant sent a small group out on a scouting mission. Shortly after their departure there was a terrible storm and the group was lost. After three long days the lieutenant was relieved and surprised when the squad returned. “How did you survive and find your way back?” he asked. The leader of scouts explained they were lost in the snow, had given up hope, and resigned themselves to die. Then one of the men found a map in his pocket and with it they believed they could now find their way back. They then handed the lieutenant their valued map – which was of the Pyrenees mountains, not the Alps!

It wasn’t the map that saved this group of people by providing accurate directions. Instead, this group had a leader who used that map to inspire them to keep going and not give up. Often you may think that your ability to motivate others is not perfect or inspiring, but neither was a map of the Pyrenees mountains.

You don’t have to choose between being a results-driven leader and a people person. There are multiple ways to get what you need and still be a boss your employees want to work for. My research has shown that leaders who utilize these behaviors both increase the probability of delivering great results and creating a positive, engaged work environment.