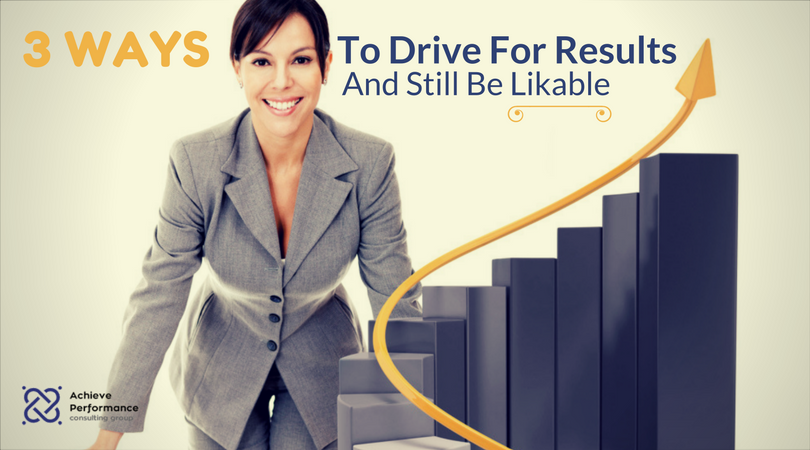 3 Ways To Drive For Results
And Still Be Likable

Most bosses want to be a hero, a mentor, and a friend to those that report to them. A recent Bloomberg article told a story of one boss, Richard Laermer, who decided to let his employees regularly work from home.

“"We hire adults, they shouldn't be tied to the office five days a week," said Laermer, who owns a New York-based public relations firm. "I always assumed that you can get your work done anywhere, as long as you actually get it done.” Unfortunately, for his company and situation, he was wrong. “Employees took advantage of the perk,” Laermer said. One was unavailable for hours at a time. Another wouldn't communicate with coworkers all day. “The last straw,” he said, “was when someone refused to come in for a meeting because she had plans to go to the Hamptons.”” Laermer wanted to find a way to keep his employees motivated and happy. Frequently, many find that efforts like this don’t work. There are many leaders that feel if they want to drive for results it will negatively impact their relationships with employees. While being a demanding leader often strains relationships, I’ve found from a recent study that there are ways for leaders to drive for results while remaining likable.

1. Employees like leaders who are able to communicate clear strategy and direction.