Μay 2018 – The Key to Unlocking Your Career Highs Again and Again!

Research Shows The Best Way To Motivate Others 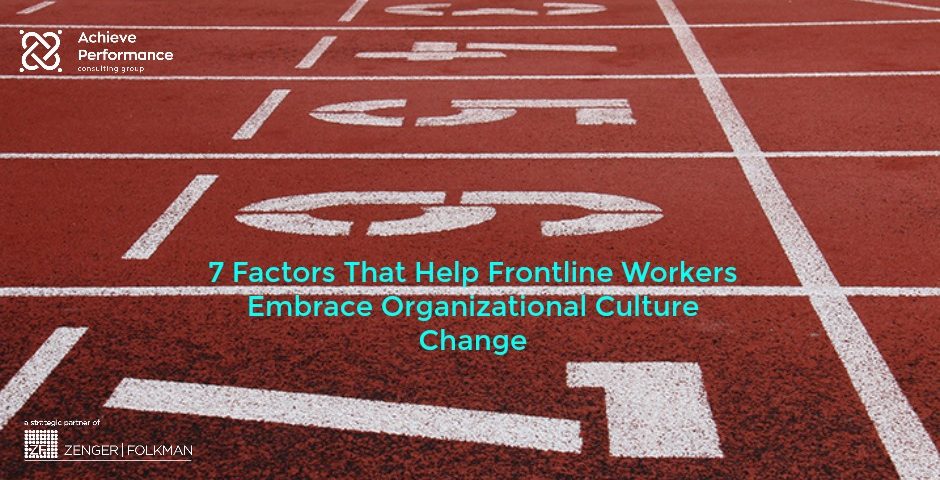 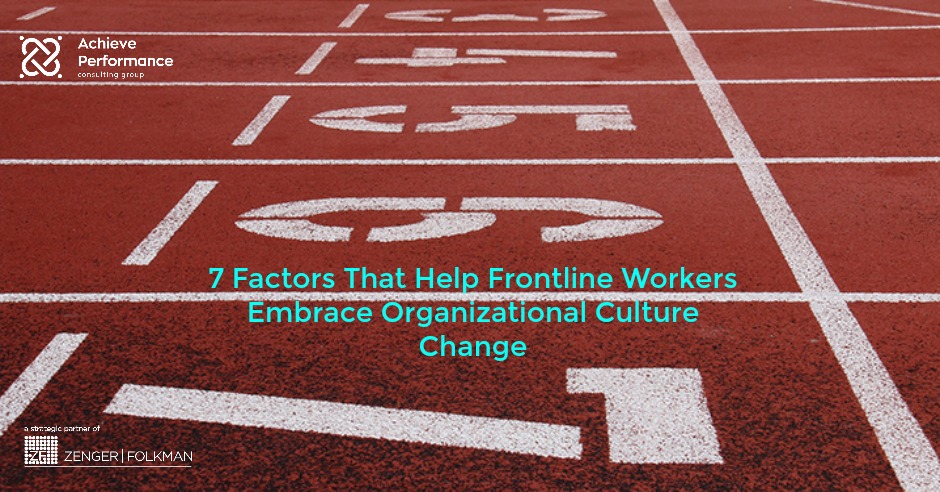 What do you think when you hear the words “culture change”? More important, what do your baseline employees—the women and men who get the essential and routine work done—think when they’re first introduced to organizational culture change?

From our experience, here’s how many react: “Oh, great… another bunch of buzzwords and another round of change, none of which will affect my job. I’ll just smile and nod.”

And yet the simple reality is culture change—real, sustainable change—best occurs when our frontline workers accept change as a positive move for them. After all, no one wants to have change happen to them. Or worse yet, to become a victim when change comes at them. Instead, they want to be part of the solution. The most inspired or motivated take it a step further: They want to be involved actively in the change plan.

But how do we get the majority of our people not just to go along with change—but to embrace the oncoming change? Maybe even to become change champions?

Here are seven factors that, when discussed openly and honestly, will help the average worker in your organization quickly adapt to, and become a champion of, culture change.


For many average workers, culture change is perceived as monolithic—large, powerful and impossible to move except over the course of several years. Climate, however—how it feels to work in your organization—can be changed in a matter of days. An unexpected smile, a random act of leadership—even the next big hire—can all quickly change how people feel about coming into the office.

In other words, start change by focusing on climate rather than culture. Then develop small pockets of noticeable excellence. Soon, the simple yet impactful desire to change becomes contagious.


Nothing affects our approach to change like our leaders. For many organizations, however, leaders—especially those who have been around a long time—become part of the problem rather than the solution. When launching a culture change initiative, start with your leaders. Become a mentor and a role model rather than a superior.

Most important: Inspire them to sincerely embrace change, so they can inspire others to do the same.


For three decades, we’ve tried to improve employee engagement. The result, despite billions of dollars thrown at the problem: nearly zero improvement. Why? Because we do engagement all wrong; we approach it from the management perspective. In the process, we leave the Common Man out. Worse yet, we leave them feeling manipulated.

The answer: stop talking about engagement—the employees don’t care! Instead, open up all communication channels. Talk a little. Listen more. Learn as much as you can.


When we first started talking about purpose-driven performance in the workplace, eyebrows were raised. Years later, here’s what we know: people—especially those in the midst of change—perform far better when they understand their specific role and how their work relates to the achievement of larger team goals and the organization’s overall mission.

As you set out to make change happen, strive to provide role clarity, reinforce professional development opportunities, and stress personal ownership. Just as important, recognize those who exceed agreed-upon expectations. When people see their performance matters, instead of change being a distraction… it becomes a source of motivation.

Delivering an Exceptional Experience of Work


What’s the trouble with change? Since the 1980s, we’ve been talking about how to change the way we work. And yet for the average worker, even with prophets like Stephen Covey and Tom Peters screaming from the rooftops, not much has changed. Many remain disenfranchised; far too many are there just to collect a paycheck.

So, as you collaborate on the change plan for your organization, focus intently on how work will be different for the people who show up every day to do their job. How will their daily lives change? What positive impact will they feel? Once they start to feel like they are coming to work every day for something besides just getting paid, good things start to happen.


Social intelligence is no longer limited to how we act as individuals in social situations; it is no longer measured by where we sit on the introvert versus extrovert line. Today, social intelligence is all about influence—how we communicate, educate and motivate, both online and offline. And there’s one thing we know about change initiatives: the back-channel discussions will begin quickly—usually on social media or internal discussion groups.

So proactively talk to your people and leaders about social intelligence. Prepare them for how to react to everything from mildly negative comments to seemingly toxic threads. Encourage them not to fan the flames of discontent, but instead to be the voice of reason.

Providing a Sense of Community


The more the world of work changes, the more people want one thing from work: They want to feel like they belong. They want to believe in their teammates, their leadership, and the organization’s mission. They want to leave the parking lot every day feeling like they contributed to the achievement of a common goal.

Enable that feeling of belonging. Let people talk—among themselves, different teams, leadership—even customers. Let them solve problems. Most important, let them see that their individual and collective work matters.

At Switch+Shift (soon to be WorqIQ), we’ve seen that for real change to happen, we can’t count exclusively on process or planning. Technology may help, but it isn’t the sole answer. Because when we get right down to it, change isn’t just a “leadership” thing—it’s a human force.

So, we must deliberately discuss how these seven factors will personally impact the average worker, — on a human level. Then, we must inspire them to take an active role in making real, sustainable change happen—with them, not to them.

After all, nothing is more powerful than one human working alongside another, both focused on achieving the same goal.