How To Increase Satisfaction With Pay (Without Increasing Pay) - Achieve Performance

Are You An Unlikable Leader? 3 Ways To Improve Your Relationships 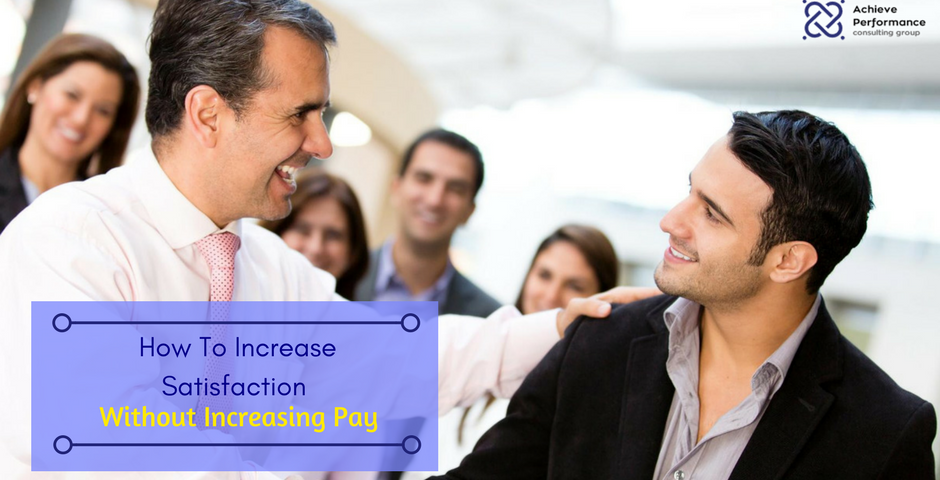 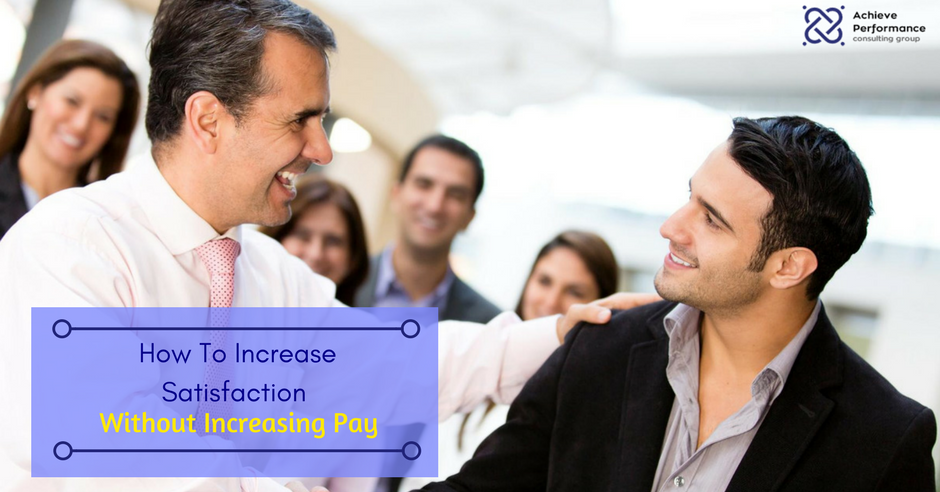 Dissatisfaction with pay and benefits is a major concern in most organizations. I often speak to large audiences and ask, “Who here is paid too much?” Usually one or two people raise their hands just to get attention. But for most of us, regardless of our salary, we generally struggle to make ends meet and have enough left over to take a vacation.

Data strongly suggests that for the majority of the world, we have never been better off. Brian Caplan, an economist at George Mason University, recently commented on Freakonomics Radio,

“Countries that produce a lot of stuff aren't just good places to be rich or middle class; they're good places to be poor. So when people complain about people being left behind ... China's got 1.3 billion people. Sure, someone's going to be left behind in there. But is it better to be poor now in China than it was 20 or 30 or 50 years ago, when people were starving to death?”

And yet, while most people have a better standard of living today than others had 20 or 50 years ago, most are not fully satisfied with their compensation or benefits.

An employee’s feelings about their satisfaction with pay and benefits are influenced by a variety of factors beyond the amount of pay and the quality of the benefits. Comparisons to others, expectations, debt, spouse expectations, children and peers all impact how we feel about how much we are paid.

For a deeper perspective, I looked at satisfaction with pay and benefits in Zenger Folkman's leadership database for more than 60,000 employees. What I was interested in were the factors that help people feel more satisfied with their compensation. It turns out there are seven factors that all have a significant positive influence. To be clear, I don’t believe you can go to your employees and have them trade more pay or better benefits for one or more of these factors. However, I do believe that if you can raise the bar on a few of these factors, you will hear less whining and complaining about pay. In my view, that’s not a bad deal.