Fail Fast and Take the Heat Out of Failure | Achieve Performance

9 Habits That Lead To Terrible Decision-Making 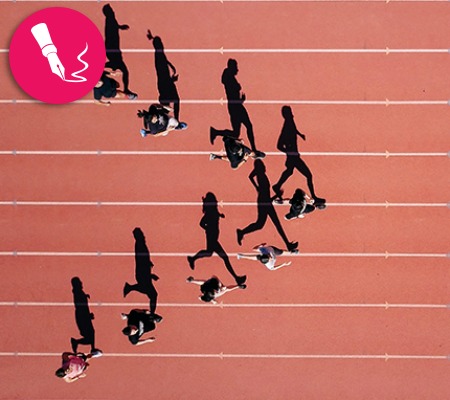 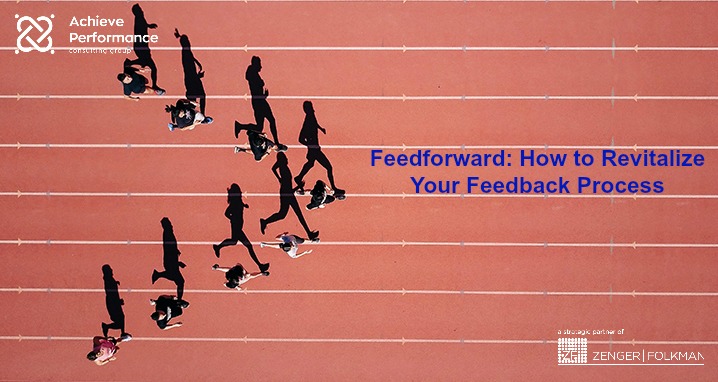 
CEO Lou Solomon had a chronic habit of being tardy to meetings—until she received feedback from a client in a cordial but no-nonsense manner about how the image she was projecting could impede her success. She’s been early to meetings ever since and shared her experience in a 2016 HBR.org article, “Two-Thirds of Managers Are Uncomfortable Communicating with Employees.” Solomon says, “When offered with respect, honest feedback—even when critical—can have a major impact on your career and your personal life.”1

Honest, timely, non-judgmental, actionable, and outcome-positive—that uncomplicated, professional exchange was empowering. With so much to gain, you would expect leaders to encourage more feedback conversations, right? Not so. It turns out that leaders are uncomfortable giving feedback.

As a communication consultant who helps leaders and teams with their personal and professional communication, Solomon sought to learn more about this feedback avoidance. In 2016, her company, Interact, conducted an online survey through the Harris Poll and although the sample size was modest, the results were nonetheless alarming.2 Of 616 managers surveyed, almost 70% said they found that “communicating in general” to be the hardest part about working with employees as a leader. That number closely reflects the 67% of US workers who say they’re not engaged at work, as reported by Gallup’s State of the American Workplace Study.3 A smaller but still concerning percentage of managers, roughly 37%, said they found it hard to give negative feedback to workers about their performance. Their major fear was that such feedback would cause adverse employee responses.

Managing personnel inevitably brings an uncomfortable discussion, be it a weak performance review, a fragile personal situation, or unpleasant company news. But employees want feedback and welcome regular, meaningful communication with their managers to feel engaged and to grow professionally.4 Yet, managers responsible for that growth and development are tentative about, or altogether avoiding, constructive conversations.

So how do we move forward? Perhaps your feedback process needs to be refreshed and revitalized. If the feedback you’re giving isn’t having the effect you intend, would you try a new approach?

When offered with respect, honest feedback — even when critical — can have a major impact on your career and your personal life.”

Take the fear out of feedback with Feedforward


Feed forward. It’s an alternative approach to traditional feedback designed to deliver constructive feedback focusing on a person’s development in the future. Feedback, by its very name, examines the past, which cannot be altered. Feedforward, by contrast, looks ahead at a future potential that is conceivably within our control. Feedback carries judgment and opinion; Feedforward is about people and their development. It’s a positive, future-focused, personal development process that, if used with conventional feedback, can minimize apprehensions or reactions to the latter’s delivery, such as hurt feelings, dissent, friction, and so on.

The concept for Feedforward sprang from a discussion between Marshall Goldsmith and Jon Katzenbach in the early 1990s. They were discouraged with the drawbacks of conventional, corporate feedback mechanisms and popularized the new term after noticing that the feedback process became more robust when Feedforward was integrated.

I had the good fortune to experience a Feedforward exercise at the Human Synergistics 3rd Annual Ultimate Culture Conference in Chicago, with over 200 leadership and culture enthusiasts facilitated by one of the world’s most admired executive coaches, Marshall Goldsmith himself. Feedforward was introduced to us as a way for people to very quickly share a problem they want to solve and to get advice from as many people as possible in a very short amount of time.


2. Describe your goal in a one-on-one conversation with a colleague.


3. Ask your colleague for two suggestions for the future that could help you achieve your goal.


4. Listen without judgment. The only thing you can say in response is "thank you."


4. Listen without judgment. The only thing you can say in response is "thank you."


5. Repeat the same process with another colleague; or exchange roles and reciprocate the process.

Reminders are direct: No judgment is allowed, just present a challenge or problem, ask for suggestions, listen to what people say, and then say, ‘thank you,’ and move on.

In this video clip, Marshall leads our Feedforward exercise:

To the casual observer, Feedforward can appear simplistic, but its impact is profound when combined with any program that helps leaders or team members become mindful of their impact and develop behaviors to amplify their effectiveness.

Applying Feedforward for use with Assessments


As an integral component of Marshall Goldsmith’s Behavioral Coaching Process, Feedforward has been used with great success by professional coaches around the world. When Feedforward is integrated with a valid and reliable assessment, senior executives, workplace cultures, and work teams can experience deep, positive change.

A noteworthy example of Feedforward coaching combined with an assessment involves the CEO of a multinational service firm in Asia who took on the leadership challenge to improve organizational culture and business performance by applying a disciplined behavioral coaching process of caring for people and delivering business results, concurrently. When she reflected on her leadership style with colleagues and asked them for ideas tied to her improvement via Feedforward, it encouraged them to engage in similar discussions with their teams. In this way, constructive conversations were initiated throughout the organization around personal and leadership change that were future-oriented. People got excited about change because it didn’t rehash the past and instead envisioned a better future for themselves and the organization. This is a fascinating, real-life story highlighting stunning personal and professional breakthroughs.

The assessment used with this Feedforward coaching was Human Synergistics’ Life Styles Inventory™ (LSI), an individual development tool that uses both self-assessment and feedback from colleagues to identify individual thinking and behavioral styles.

The most direct influence a leader has on the culture of the organization may be found in the behaviors and attitudes that he or she encourages and/or drives in others.


Marshall does not imply that leaders should never give traditional feedback or that performance appraisals be abandoned altogether. He instead suggests that Feedforward can be preferable to feedback in certain situations. His position is “By using Feedforward—and by encouraging others to use it—leaders can dramatically improve the quality of communication in their organizations, ensuring that the right message is conveyed and that those who receive it are receptive to its content. The result is a much more dynamic, much more open organization—one whose employees focus on the promise of the future rather than dwelling on the mistakes of the past.”

With any improvement or change protocol, the key to making it work depends on scheduled follow-up.8 In the video clip cited above, Marshall shares findings from a study, Leadership Is A Contact Sport, validating why follow-up matters regardless of the feedback approach or 360 assessment.9 The study contends that continual contact with colleagues is so effective it can succeed even without a formal program.

As organizations weigh the effectiveness of their employee feedback programs, companies must consider Feedforward as a way to revitalize and complement their existing processes while re-engaging their employees not in who they were, but who they aspire to become.

It can be more productive to help people learn to be 'right' than prove they were 'wrong.'